Salmon Arms Top 20 Under 40 program is hosted by Serviss Wealth Management in partnership with Salmon Arm Economic Development Society and the Salmon Arm Chamber of Commerce. This dynamic awards program will identify outstanding achievers and change makers across the region. The goal of this program is to identify, acknowledge and promote visionaries and innovators who are working to create positive change. These leaders are inspiring others while giving back to the community. In addition to recognizing and honoring our top achievers, this program will also serve to tell our community’s story of creativity, volunteerism and innovation with the goal of supporting both investment and talent attraction.

We are calling for nominations for outstanding individuals, role models, mentors and community builders. The 2021 program aims to recognize young professionals, over the age of 18 and under 40 as of January 1, 2021, who have contributed in one or more of the following areas: 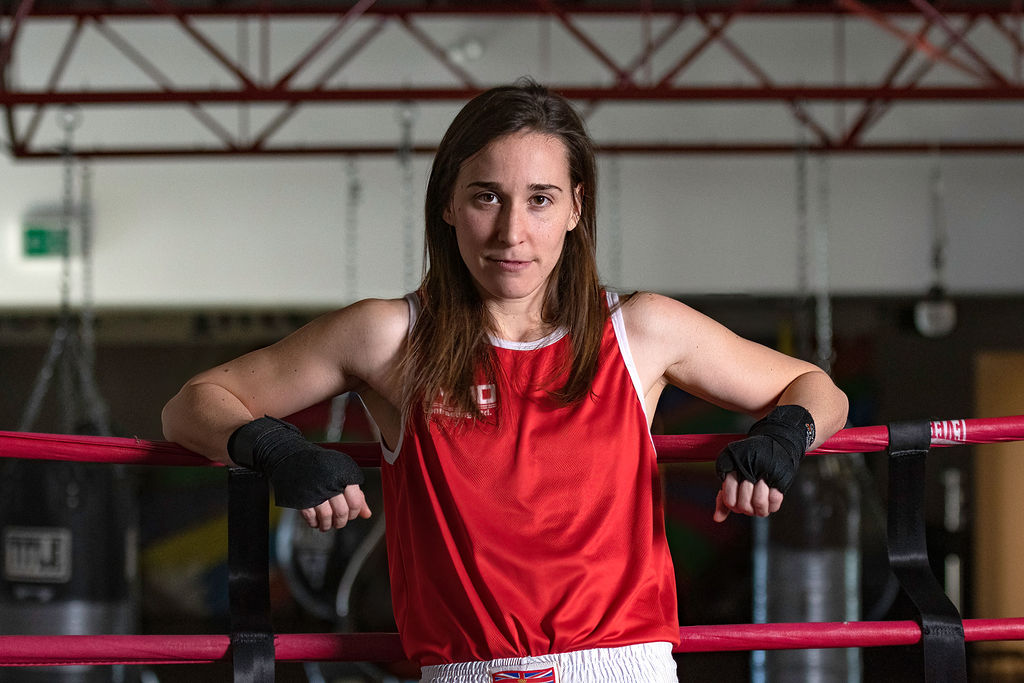 In our final feature of the Top 20 Under 40 program, we recognize the unstoppable Jordyn Konrad.

Born and raised in Salmon Arm, Jordyn grew up with an active lifestyle and an interest in multiple sports, including figure skating, speed skating, and swimming. For years she trained with the Sockeye swim club in Salmon Arm, which eventually led her to attend university as a varsity swimmer and obtain her degree in kinesiology and health science. After completing her studies, Jordyn worked in Uganda on a six-month internship with Global Affairs Canada.

Upon Jordyn’s return, she was approached by Peggy Maerz, owner of Bulldog’s Boxing, about being a coach and boxer. With all the transferable skills from her sports background, she quickly picked up the sport. Fast forward just five years, and Jordyn is now boxing at an international level and has her eye on the 2024 Olympics!

The dedication required to pursue this goal hasn’t just been her own. Time on the bag and in the ring is essential, but so are the people in Jordyn’s corner. Peggy has been instrumental to her growth and has pushed her to pursue her dreams.

When asked about the challenges in her life right now, Jordyn replied, “I feel like I’m living the dream!” But she also notes that there are other obstacles she must face.

It can be challenging to train full time while also working to live. For athletes at this level of competition, sponsorships are essential. On the advice of training partner, two-time Canadian Olympian Mandy Bujold, Jordyn joined the millions.co platform, which sells athlete merchandise. And when Jodyn’s sales number came in on top, it landed her a feature on a New York Times Square billboard. This level of visibility will be critical when looking for sponsors on the way to her Olympic dream.

Coaching has been put on hold for the time being while Jordyn travels between BC and Ontario for training, but it will resume when time allows. Jordyn has directly influenced hundreds of youth in the area. With over a decade of coaching various sports, she notes that the kids inspire her just as much as she inspires them.

The ongoing support that Jordyn receives from the community has been incredible. At times, individual sports can feel lonely, but Jordyn knows she is never alone. Her gratitude for the Bulldog community and her hometown is apparent, and she thanks everyone for their support on this incredible journey!